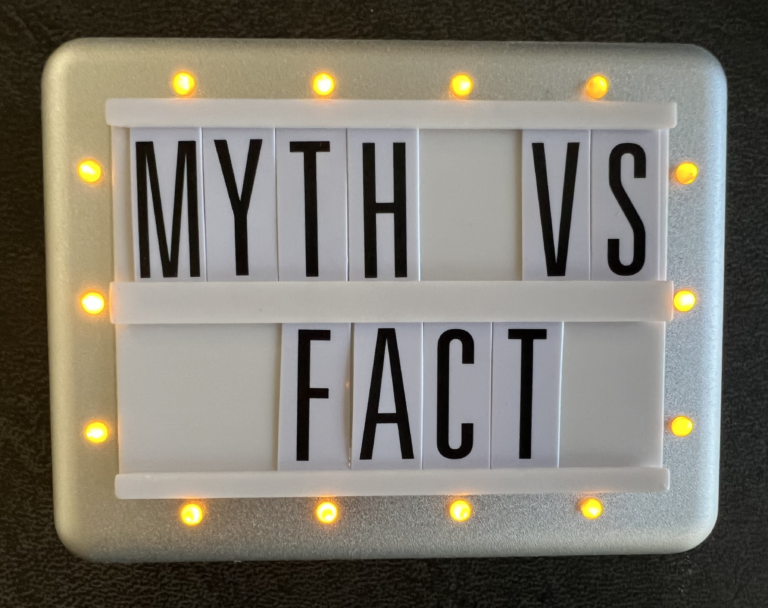 Through my experience parenting a selective eater and working with families to help their kids explore new foods, I have come across some common myths about picky eaters which actually decrease the likelihood that these children will try new foods.

Myth #1: Picky eating is simply a behavioral problem, and if a child is hungry enough, they’ll eat whatever is served.

Truth: Picky eating can be complex, and is usually due to an underlying issue such as:

Certain groups of children, including those with autism, ADHD, and anxiety are more likely to be selective eaters.  As many parents and caregivers have experienced, a child experiencing an extreme reaction to certain foods will not eat that food, no matter how hungry they are. 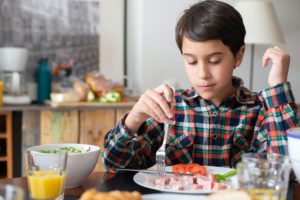 Myth #2: Parents are to blame for their child’s picky eating

Truth: This myth is often hardest for parents of an only child who is a picky eater and parents who have multiple picky eaters.

As many parents of multiple kids can attest to, it’s very common to have a family that includes a child who is a selective eater along with a child who is a typical eater, where parents have implemented the same feeding strategies for both children with very different outcomes. Rather than blame parents, it’s important to help parents figure out and address the underlying causes of selective eating, and provide them with strategies to help their children.

Myth #3: Kids will just ‘grow out’ of their picky eating habits

Truth: While some kids will go through a brief phase of picky eating in the toddler & preschool years, many kids who have one or more of the underlying issues addressed in Myth #1 will not simply ‘grow out of it’ and will need extra help.

Many kids go through a temporary phase of picky eating, especially between the ages of 2 and 5. Some signs that picky eating might not just be a phase include persistence over time (months, then years), stress for the parent and child when eating away from home, & a shrinking number of foods that the child is willing to eat.

Myth #4:  If a child won’t eat a common food that many kids like, such as chicken nuggets, mac & cheese, or grilled cheese, it’s not worth it to try to introduce more ‘sophisticated’ foods to them.

Truth: It’s always worthwhile to make new foods available; sometimes you will be surprised by what they will like!

Here are some examples I’ve seen from kids I’ve worked with:

* A child who won’t eat string cheese or a slice of American Cheese, but loves goat cheese and brie.

* A child who won’t eat an apple or pear, but will devour a bowl of homemade cranberry sauce packed full of cranberries, apples, pears & oranges.

* A child who won’t eat a fish stick, but enjoys seared tuna with soy sauce.

So the point here is not to assume anything. Just keep making different foods available and offering them in a pressure-free way.  You might be surprised!

Myth #5: It’s not worth putting effort into continuing to try to introduce new foods, because it’s so unlikely that a picky eater will ever try anything new. It’s easier for everyone to just keep giving them their small list of preferred foods.

Truth: It can be very discouraging for parents of selective eaters to continually serve food that goes untouched and try to introduce food in new and exciting ways.

It’s okay to sometimes step back and take a break from trying. However, there will be breakthrough moments where your child will try something new. There is often no rhyme or reason to why a child will suddenly be receptive to trying a food they’ve always rejected. Sometimes a change in setting or company might influence this. It’s best to not become overly invested in the outcome; keep offering with no expectations, and you’ll be pleasantly surprised when they do try something new. Food play is one way to help introduce picky eaters to new foods!